Ideally, we would enter retirement with our home mortgages paid off and completely free of any other kind of debt. 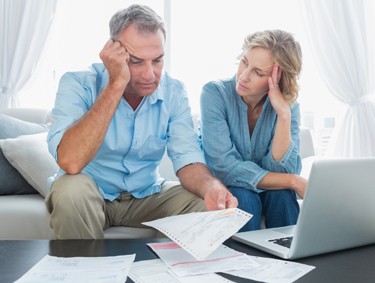 That would give us the capability to use our retirement savings to finance (or help) finance our standard of living in retirement.

Yet many retirees are, of course, reaching traditional retirement ages with outstanding mortgages and other debts. And often these retirees may decide to use at least part of their super to fully pay off their debts, reduce debt or to direct part of their super pensions to keep making repayments.

Other debt-reduction options include remaining in the workforce for longer than perhaps intended or “downsizing” to a less-expensive home if possible (keeping in mind the possible impacts on the age pension).

It may be worthwhile seeking advice from a financial planner before taking a new mortgage or extending an existing mortgage if it is unlikely that the debt can be repaid by your intended retirement age. Perhaps you need advice about how to deal with a longstanding mortgage as your retirement nears.

With the ageing of the population and rising house prices in recent years – Sydney and Melbourne being at the forefront – outstanding debt near retirement is apparently becoming more of a mainstream personal finance issue. A large proportion of the debt is accumulated using home equity loans, enabling home owners to increase the size of their mortgages, according to comprehensive research by the Australian Housing and Urban Research Institute at Curtin and RMIT Universities.

Another research paper shows that home mortgages, excluding investment properties, made up almost 30 per cent of debt in 2013-14 of households headed by a person aged 65 or older. This is up from under 20 per cent in 2004.

Further, this paper – Buy now, spend later – Household debt in Australia, published in December by the National Centre for Social and Economic Modelling (NATSEM) at the University of Canberra – reports that home mortgages made up 46 per cent of debt in 2013-14 of households headed by a person aged 50 to 64.

In an examination of median household debt, NATSEM found that 44 per cent of households in 2013-14 headed by a person aged 65 plus had some kind of debt (this figure includes non-mortgage debt) against 38 per cent a decade earlier.

However, it is critical to keep in perspective any concerns about retirees using their super lump sums to repay pre-retirement debt.

Rice Warner Actuaries has found that almost 87 per cent of retirement super accounts in 2013-14 with balances of more than $300,000 were being taken as pensions rather than lump sums. And for retirees with super account balances between $50,000 and $100,000, the split was almost even between lump sums and pensions.

And of the super retirement benefits taken as lump sums, at least a third of the money was transferred into bank deposits with most of the remainder being used to reduce debt.

Perhaps the bottom-line is that retirees with little or no debt upon retirement can direct their retirement savings to financing their retirement lifestyles – not to repaying or simply servicing pre-retirement debt. It is something to think carefully about before taking on a new loan.