Non-arm’s length income has received a lot of attention recently, particularly in regard to LRBAs. What do practitioners need to be across when reviewing the income their clients have received from their non-arm’s length investments? 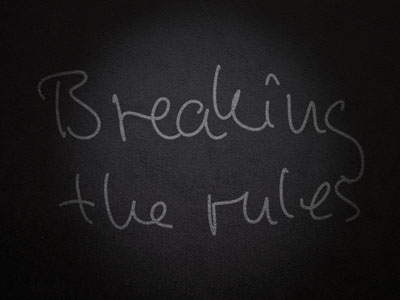 NALI has not historically received a great deal of attention and many practitioners may never come across a super fund that receives NALI. However, attention has recently been drawn to the issue with the increased interest in related party lending for limited recourse borrowing arrangements (LRBAs).

In this article we will review the definition of NALI, discuss relevant case law and outline the latest position by the Australian Taxation Office (ATO) on NALI in connection with LRBAs.

As most SMSF practitioners are aware, the NALI provisions are an anti-avoidance measure designed to prevent income that would otherwise be taxed at personal marginal tax rates being diverted to a super fund.

The non-arm’s length component of taxable income is a super fund’s NALI less allowable deductions. NALI is taxed at the top personal marginal tax rate (MTR) which is currently 47 percent.

The definition of NALI is contained in section 295-550 of the Income Tax Assessment Act 1997 (ITAA 1997) and involves four classes of income:

Income derived from non-arm’s length transactions has three components to the definition:

A scheme is defined as:

An arrangement is defined as:

Any arrangement, agreement, understanding, promise or undertaking, whether express or implied, and whether or not enforceable (or intended to be enforceable) by legal proceedings.

As such, the definition of a scheme is very broad.

In determining whether parties deal at arm’s length, it is necessary to consider any connection between them and any other relevant circumstance.

The definition of arm’s length is therefore also very broad.

Over the eight financial years from 1995/96 to 2002/03, the SMSF received dividends totaling $950,136.
The dividends were determined to be NALI, with the key consideration being that the purchase price of the shares was so far below market value (the SMSF paid $51,218 for $594,136 worth of shares). The dividend income derived occurred from a non-arm’s length transaction, despite all dividends being paid at arm’s length rates.

The ATO will look for consistency with arm’s length dealings covering a number of factors including:

Importantly, clients intending to rely on the safe harbour provisions must ensure that their LRBA terms comply with the provisions by 31 January 2017 for the whole of the 2015/16 financial year.
Alternatively, trustees can benchmark their arrangement against commercially available terms and conditions and ensure that they document and retain appropriate evidence to demonstrate that their LRBA has been established and maintained on terms that are consistent with an arm’s length dealing.

The safe harbour provisions cover LRBAs over real property (including residential, commercial and primary production) and a collection of stock exchange listed shares in a company or units in a unit trust, which cover the majority of LRBAs. Where trustees have LRBAs over other assets, they will need to ensure that benchmarking is undertaken.

As with all private investment arrangements, it is important to ensure that the investment provisions of relevant superannuation law are complied with. SMSF trustees must thoroughly review all income received from non-arm’s length arrangements including related party limited recourse borrowing arrangements to ensure it is not taxed at the top marginal tax rate.